Pi is everything we love about manufacturing

Pi is everything we love about manufacturing

There are a lot of silly holidays. National Pizza Day in February was kind of a bust and we don’t have anything special planned for National Hot Dog Day in July. But National Pi Day? That’s a different story.

National Pi Day is cause for celebration. For us, the story of Pi represents everything we love about manufacturing. It transcends our self-imposed boundaries of language, geography and culture. It unites people around the world and through the ages. Pi holds no biases or political affiliations. Pi is the same for all of us. Each step we take in our understanding of Pi reflects an advancement in our capabilities as a species and our understanding of the world. It represents human achievement that is greater than any one person could accomplish on their own.

Just look at how this map shows how a “universal constant” isn’t contained to a particular culture or country. Rather it spread throughout Africa, Asia, Europe and the Middle East to unite people through the millenia: 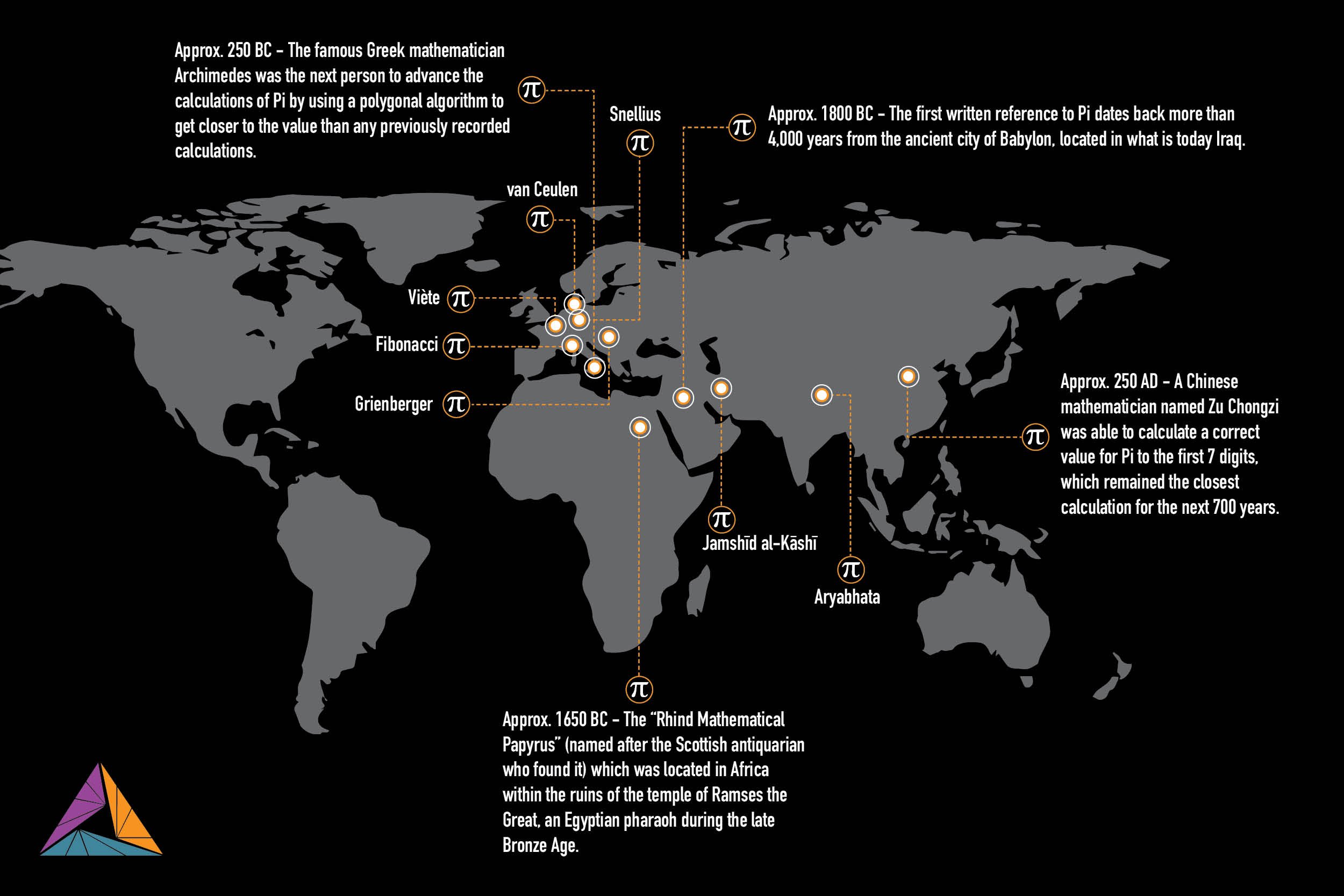 Perhaps the best example of the boundary-breaking appeal for the concept we call “Pi” might come from the name itself. It was a Welsh mathematician named William Jones that first used the Greek symbol “π” to represent the ratio of the circumference of a circle to its diameter. This concept was then popularized by the Swiss mathematician, physicist, astronomer, geographer, logician and engineer, Leohnard Euler.

In it’s own way, manufacturing is also a universal constant. Material compositions from alloys to plastics are just mathematical formulas. The distance between two points remains the same whether you measure it in centimetres, inches or cubits. Materials and measurements hold no preconceived notions about who you are or what you should be good at. Skill is all that matters.

Not only does manufacturing transcend the same boundaries of language, geography and culture, it also unites people through time. From the Stone Age to the Iron Age our earliest developments in manufacturing were literally what defined our progress as a species. In partnership with the men and women we work with every day, we’ve certainly proven that our achievements are greater than any one person could accomplish on their own.

To us, π doesn’t just represent the ratio of the circumference of a circle to its diameter, it also represents everything we love about manufacturing.